My Uncle Victor’s Celebration of Life is today, June 12th, his 73rd birthday. Because of COVID, we could not have a proper memorial service when he passed in December. Besides, a birthday celebration is more fitting for him.

My Uncle Victor (pronounced /vik’tuh/) was my dad’s youngest sibling and only brother. Fifteen years separated their lives. Although they were raised in the same house, fifteen years proved to be a substantial variable.

My dad, Bill, the eldest of his three siblings, grew up with both parents and vibrant grandparents under one roof in the Gravesend neighborhood of Brooklyn. He was a busy kid (before ADHD was invented) but did what he was told—always the good boy. 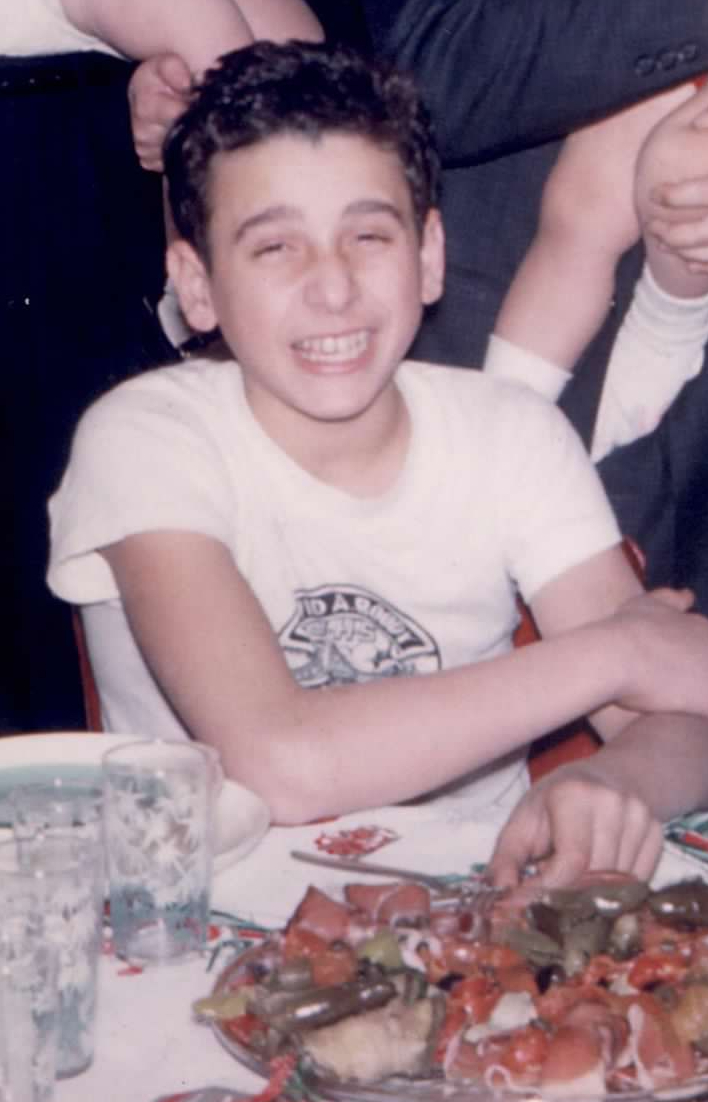 Their father died before Victor’s eighth birthday. By then, the grandparents had grown frail, and their mom had to learn to drive and go to work. Bill was married with a child on the way, living on Long Island. Victor’s brother-in-laws and uncles took intermittent fatherly roles. Like his brother, Victor was a busy kid and easily found mischief, making it hard to always be the good boy.

Bill had a soft-spoken nature. Victor had a booming presence and laughed out loud and often. Bill went to college and assimilated his Brooklyn lilt to a Long Island dialect. Victor found school frustrating and held on to his Brooklyn-ese despite his 40-plus years residency in the same Long Island town as his brother. Bill preferred opera and played classical piano.  Victor knew all the words to Rock-n-Roll songs and sang with the radio or his 45s. Bill tackled fix-it problems with frugal perseverance. Victor just tackled. The brothers could not have been more different, yet the love and core of their brotherhood remained steadfast throughout their lives.

Both Bill and Victor proudly identified themselves as family men. They adored their wives—women they grew up with and loved throughout their lives. Family and home were always the priority. The men nurtured and took active roles in raising their children. They were true daddys and the favorite uncles. How incredibly blessed we—my siblings, cousins, and their grandchildren, to have had these men in our lives.

They were devoted brothers, always ready for a party to celebrate anything. Both leaned on each other as their mother and sisters passed on, and comforted as their health waned. My dad’s great fear was to lose Victor, who battled cancer. Dad passed two months before Victor. We like to believe he ushered his little brother to the fold, where their essence lives on in the company and memories of those who passed before them. 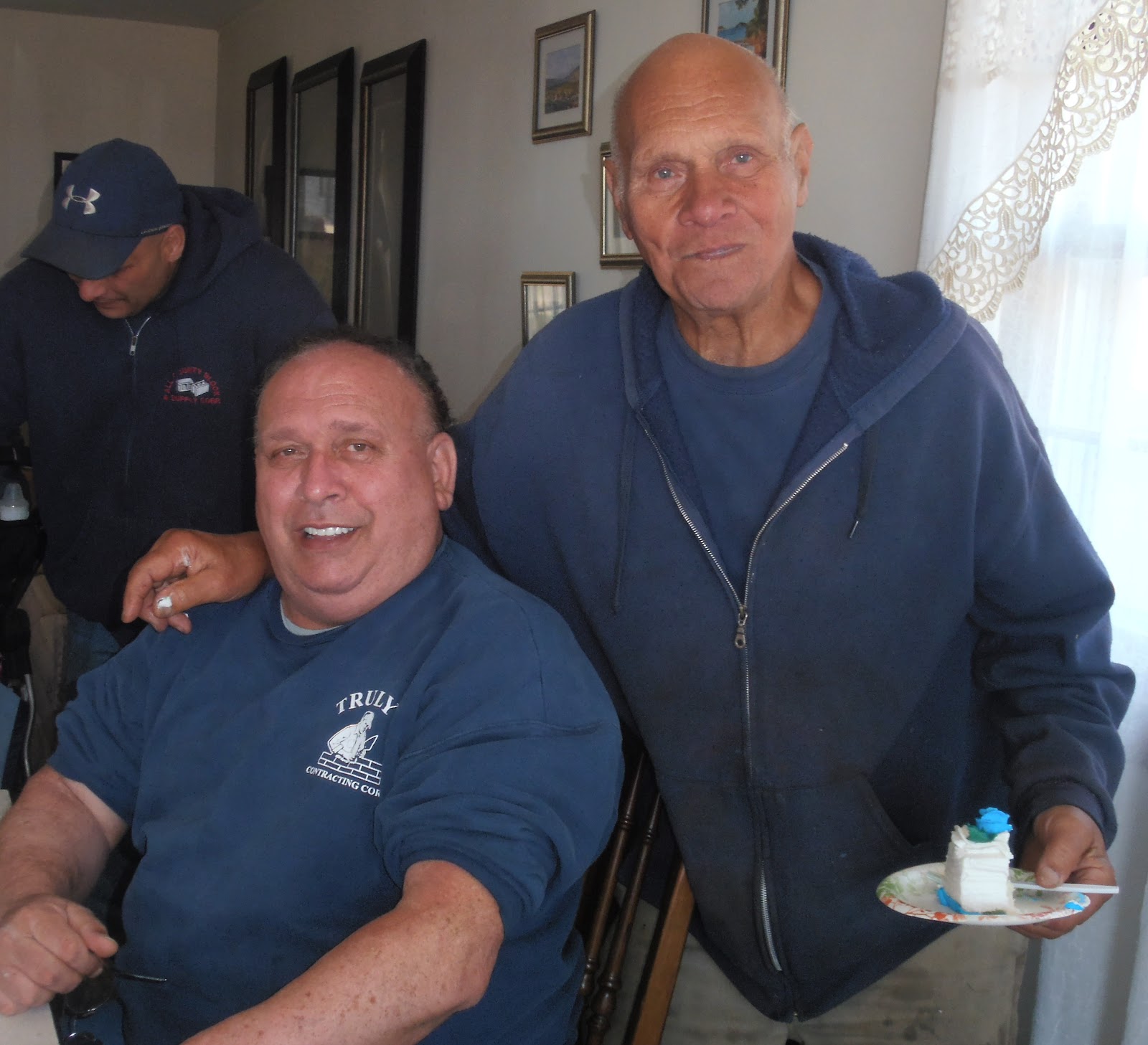 My uncle was the iconic definition of “cool”.  Uncle Victor, a gangly teen, slicked his curls back with gel into the iconic pompadour, complete with a ducktail in the back. He rolled a pack of Lucky Strike cigarettes in his white T-shirt sleeve. There was a panther tattoo with a MOM banner on one upper arm, and a thorny crown head of Christ on the other.

Friends constantly surrounded Uncle Victor. Aunt Linda, his glamorous sweetheart from the neighborhood, stood out, like a blonde Ginger in the clutch of Marianns. Uncle Victor and his gang rode around in convertible cars and a very sleek Century boat my dad put together for him.  He frequently belted out Rock-n-Roll songs.

No one could weave a story like my uncle. Uncle Victor kept his Brooklyn dialect heavy and distinct.  The old neighborhood persona served him well as a gifted storyteller.  He latched onto character traits and took witty strolls through an event. It did not matter how extraordinary or mundane the situation was, he found humorous twists and insights. His stories were often interrupted by his audience bursting with laughter and ended with nods of truth-be-told revelations. He came off as a big tough guy, but in truth, everyone who knew him and anyone who met him saw that he was a sweet and gentle man with a giant loving heart. 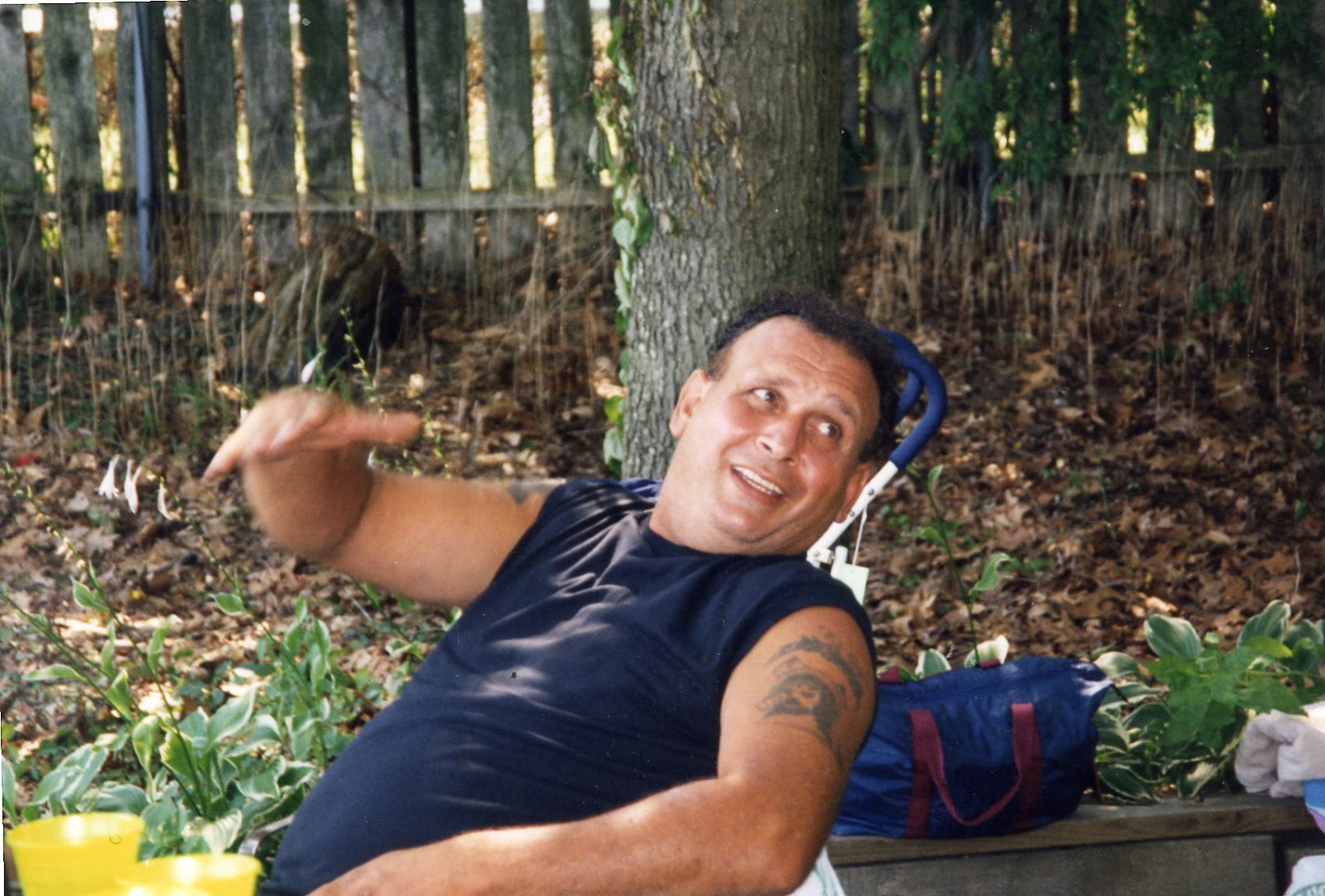 My Uncle Victor passed from this world on December 14, 2020. He left a deep void in our hearts that can only be filled by the love and fun memories he left for us.

That’s about it. Thanks for indulging me. Great big thank you to Natalie the Explorer, the incredible host of Weekend Coffee Share.

Be kind. Be safe.

Have a great week, Everyone. Make it funtastic.

If you had purchased a paperback or ebook Daily Bread and/or Becoming America’s Food Stories—Thank you!

Take a picture of you with Daily Bread and/or Becoming America’s Food Stories, and I’ll send you Reader’s Swag and add you to the Becoming America’s Stories Readers slideshow, coming soon! Kid pics are welcomed with parent or guardian permission. Don’t forget to leave a rating and quick comment on Amazon and/or Goodreads.

“If you don’t cook with love, you have to get out of the kitchen.” Florence Messina