T My Name Is Takeo

T my name is Takeo

I live in Tokyo, Japan

My friend’s name is Toshi 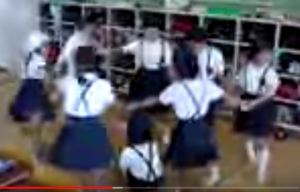 Kagome, Kagome (Circle You, Circle You)

This is a circle game young children play in Japan.  The “It” is the oni (ogre). He sits in the middle of the circle covering his eyes. The other children join hands and walk in circles around the oni while chanting the song for the game. When the song stops, the oni names the person who stands behind him. If he is correct, the named child is the new oni. 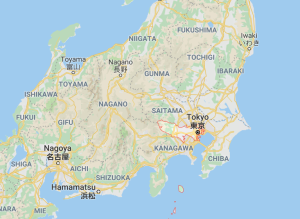 The bird in the cage,

When, when will you come out?

In the evening of the dawn,

The crane and turtle slipped.

Who stands right behind you now?