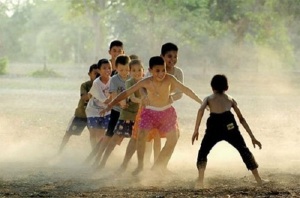 V my name is Viet

I live in Vinh, Veitnam

My friend’s name is Van

One child is chosen to be the “doctor”. The other children form the dragon with a long tail. They hold onto each others’ waist or belts in an attached line. There is a chant whereby at the end the “doctor” attempt to catch the child at the end of teh dragon tail. The head of the dragon stretches his arms to avoid the doctor finding his tail while the tail tries to hide and make a circle. If the dragon succeeds in rolling into a circle before the doctor could chase, it wins. 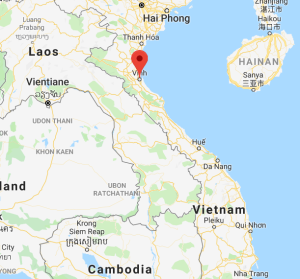 Dragon and Snake Chant    The dragon-snake approaches the doctor. The following dialogue occurs between the doctor and the head of the line:

The dialogue continues until the dragon-snake says:

With this, the doctor stands up and says:
– Give me your head
– Nothing but the bones