Q My Name Is Quinette

Q my name is Quinette

I live in Quebec, Canada

My friend’s name is Quint 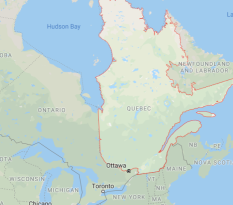 King’s Corner is played with five children in  a schoolyard. One large square is drawn in chalk on the ground. Four children stand on one of the corners of the square. The fifth player is “It”. “It” stands in the middle of the square. The four corner players attempt to trade places without being tagged by the fifth player, or without vacating a corner long enough for “It” to stand in the vacant corner. If a corner player is tagged or stranded without a free corner to stand in, he/she becomes the new “It”. Common strategy is to try to swap corners while the player who is “it” is chasing other players who are trying to swap corners.